Sounds for your Game 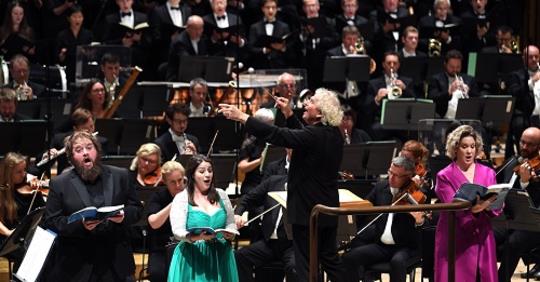 Have you ever been in an RPG game where the GM used music? Perhaps you’ve been that GM. When it comes to epic movies, they have epic scores, That should translate to RPGs, right? Instead, the noise gets too distracting, the player’s complain, and everyone hates it. What went wrong?

It could have been any number of things. Likely, you were using the wrong sounds. If you just threw on your favorite metal album or the local pop station, it probably didn’t match up in the ways you hoped. Maybe you went with an epic soundtrack score, but it just didn’t work. Don’t worry, there is a better way. Here are some resources.

The easy way to do this is find people that have already done the work and use what they have. There are a good few options out there that are going to hit most any genre you could think of. Some even give you the ability to tweak them and change audio levels to suit your purposes.

Syrinscape is by far one of my favorites. It has a large collection of music and sounds arranged by scenes. Each scene has presets that allow you to play a range of sounds with the push of a single button. It adjusts the volume automatically based on how it thinks they should interact, making father way things quieter while closer things are louder. There are an absurd amount of presets you an choose from.

Syrinscape also lets you to save your own presets, allowing you to do the leg work of scoring a game ahead of time and save all the settings for when you need them. All the sounds will play and continue to loop in the background of your game, being complimentary instead of intrusive. It doesn’t matter if you’re doing sci-fi, fantasy, or eldritch horror- Syrinscape has you covered.

You want a big collection of sounds but you don’t want to pay, huh? Well, first off, take into account that the people making these soundscapes have put in a lot of thankless work and tossing them some coin for it really isn’t a bad idea. Secondly, think about Tabletop Audio. It’s a free resource that’s so good that you should consider donating to it.

Tabletop Audio has a lot of the same functionality that Syrinscape does. Instead of storing the sounds locally, however, you have to access them from the website each time. This does slow things down just a bit as you wait for them to load. When they do, however, you have some amazing audio toys to play with.

The music the site plays is very atmospheric and beautifully scored. Add to that it’s sound effects and you have a great immersive atmosphere. Just like Syrinscape, you can either play set scenes at the click of a button or delve deeper and pick the sounds you want. It has the same ability to level the individual sounds as well.

What it doesn’t have is the ability to pull sounds from multiple scenes or save your custom soundscapes. That makes it a little limited and gives you some more work to do on the fly, but it might be worth the trade off for you. Ultimately, it’s an amazing quality at an even better price. Tabletop Audio is worth playing around with.

Who is Michael Ghelfi, you ask? Oh, they’re just the person that’s going to forever change the way you score your games. Their Youtube channel has an impressive amount of scenes to choose from, all for free. It lacks the expanse of abilities of the above mentioned services, but the sound tracks are superb and a lot of fun. Michael’s work is especially good if you don’t want to deal with the technical aspects of mixing sound and just want to play a youtube video. Everyone can do that, right?

The Hard Way- Making your own

Oof. You’re a gluten for punishment, huh? That’s okay, I hate easy fun too. Let’s talk about how you can make this as hard as possible on yourself.

Sure, you might just make it really rewarding as well.

Making your own audio tracks is a bit more than I can really get into here, but I’ll at least start you off in the right direction. The first thing you’re going to need is a program to put it all together. Audacity is a great resource for this for two big reasons. First off, it’s free. It does some amazing audio editing for that price.

Secondly, there are tons of tutorials on this program. Search youtube or the web for a bit, and you’ll find one you like. Don’t worry about the learning curve; just have patience and learn as you go. If you get stuck, watch more videos. You’ll make amazing progress in a month.

Once you have audacity and some idea on how to use it, you can make your own scores. While it is an option, you likely don’t want to record all your own sounds. If you do, make sure you have a half decent mic. Otherwise, let’s talk about where you can get some resources.

When putting together the soundtrack for Season One of The Isles of Samsarras, there were two websites I used extensively. The first of which is the Free Music Archive. They have an absurd amount of musical tracks in any genre you can think of. The biggest issue you’ll have with this site is sifting through it all. You can easily get lost for hours listening to various tracks to find the one that’s absolutely perfect. Trust me, it’s been a rabbit hole I’ve been down many times.

Secondly, Freesound.Org is an amazing resource for sound effects and ambiance. it is again incredibly expansive, but its search function does wonders. Swords clashing, lasers shooting, phones ringing, people screaming; if you can’t find it on Freesound.Org, I’m honestly surprised.

One thing to take into account about those two sites, ESPECIALLY IF YOU’RE USING WHAT YOU CREATE FOR ANY PUBLIC PERFORMANCE, is licencing. While all music and sound effects on these sites are free, you’re limited to what you can legally use them for. Some tracks might be completely open to whatever. Others you might not be aloud to change or they can only be used if you attribute them. It might feel overwhelming navigating those waters at first, but the Free Music Archive has a great licence guide to help you out.

Now you’re armed with a lot more tools. Sure, putting on Led Zeppelin’s greatest hits album might have sounded like a good idea, (and it is, under the right circumstances) trust me. These services will do it better. Feel free to drop us a tip of this was helpful. Good look with your new noise machines!

Fantasy is hardly an escape from reality; it's a way of understanding it